If you want to rate anything you find on the pages (Language Corner, Literary Corner, Pictures, Music&Lyrics...), please, leave a comment in the main section. Thanks! Inside Job is a 2010 documentary film about the late-2000s financial crisis directed by Charles H. Ferguson. It premiered on May 16 at the 2010 Cannes Film Festival and won the 2010 Academy Award for Best Documentary Feature.

The documentary speaks not only about the causes, but also those responsible for the global economic crisis of 2008, which meant the ruin of millions of people who lost their homes and jobs, and also endangered the economic stability of developed countries. Through extensive research and interviews with financiers, politicians and journalists, shows the rise of unscrupulous businessmen and the degradation of politics and education.

In my opinion the information that shows us in this film is complex and masterful. The assembly and development are appropriate; they allow the plot to go between irony and perplexity. In addition, this film has the rare gifts of insight and provokes anger for the information.

Here, I hang up the movie so that you can see it online. The video is very useful for the subject of ECONOMY and also for your DAY TO DAY.

You can answer these questions. And please, leave a comment with your opinion in the main section.

- Where are we going? How will the end of our story be? How will our future be?
- How should we act?
- What is your opinion about the current situation (2012)?
- Do you think there have been mistakes? Still?

I think we need to stay informed on current affairs. So, this is the website: 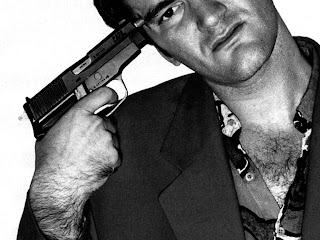 First of all, I’m Empar. And this is my first post. So, I decided to speak about something that I love: the music and the movie world.

I will begin explaining that yesterday, March 27th, was the birthday of one of my favourite’s film directors. He is called Quentin Tarantino, who was born in 1963.  I love Tarantino, so I am obliged to talk about him. He is an American film director, screenwriter, producer, cinematographer and actor. His movies are generally characterized by using non-linear stories, stylistic influences from Grindhouse, kung fu, spaghetti western films and VIOLENCE.

First, if you don’t like violence, probably you would not like Tarantino’s film. Although, I am a pacifist girl and I don’t like violence at all, but I love Tarantino’s films. It would be better to say that, for example, I can be the most pacifist girl in the world, and at the same time I can be a fan of violent films. I can hate corruption in my country, but I can love Vito Corleone’s life. To summarise: life is full of contradictions.

Second, Tarantino loves BLOOD. If you can’t stand see bloody films, you would not like Tarantino’s film. Anyway, I am sure that everybody can love his films. Because he is a true benchmark in what he does. For this reason, many of his films have become cult object for more than a generation.

What I want to say is that if you like and you want to see GOOD movies, in spite of you don’t trust violent films, Tarantino will ever disappoint you. I shall conclude by saying that this kind of films has a little and specific public and I encourage you to see his films, but don’t forget: violence is not good ;).

Finally, I am going to put some clips of some good films. But, I repeat, there is a lot of blood and violence.


Hello, I'm here to tell you about the newest page of the blog, and I hope you like it. Here I will talk about films I liked most - and also about those I didn't.

So, let's start with the MOST amazing, wonderful and brilliant movie I've EVER seen: 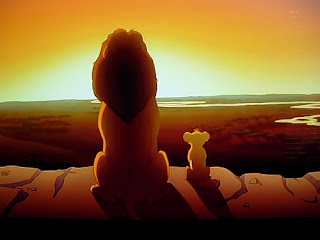 I'm sure all of you have already seen this film, haven't you?
Why do I like it? It's really clear! First of all: who wouldn't like the savage life of AFRICA? Also, the film has got one of the most beautifull, epic BSOs I've heard in my whole life, composed by Hans Zimmer, and the soundtrack includes songs by Elton John, Sherman Brothers, and so much more.


The image is incredible too - and we'll never forget scenes like Mufasas' Death! And... you know, that  kind of movie explains some ideas (as find your own way, accept the past, be responsible of your own decisions...) that could be imposible to explain so clearly in any other media.


Some things -maybe- you don't know about the film:
· The stampede scene lasted for 2:30 min, but it took two years to prepare it! Do you know why?
· In the original version, actors like Matthew Broderick, Jeremy Irons, Whoopi Golberg o James Earl Jones interpreted the animals' voices.
· Scars' name, and even his scar, are based on the Brian de Palma's film Scarface.


PD: Here you got that video-quizz, have you answer everything OK?
for websites and blogs that support iframes:

Here's the second one, Forrest Gump. I think that's one of the most beautifull movies that US has brought; a funny-sad film that makes one cry, laugh, and create a own moral vision of that period of time (the film's based on the 50's to the 80's, so we will discover how did the assasination of JFK or Nixon, the cultural movements as Elvis, Lennon, Dylan, and the social movements as KKK, the racial segregation, the student movements). Forrest will show us how America was from his innocent, kind vision.

Fun Facts:
· During a scene based on the 70's, we can see a newspaper published in 1982.
· Tom Hanks never expected the success of Forrest Gump; he thought that it would be a movie for "rapid consumption" and "easily forgettable".
· Forrest says Jenny died on Saturday, but her tomb reads he died 4/22/1982... Monday.

So, I know you will enjoy it! - and, as you know, CHEK OUT THE ORIGINAL VERSION., PLEASE!!


If you find any other mistakes in some other films, let us know. We love knocking down whatever falls in our hands. 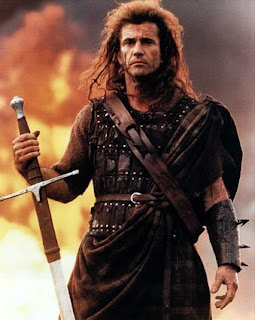 Hello! I'm Gema and I recommend you this beautiful film... because you can see the power exerted by the British against the Scots and many absurd laws imposed on them as that one that said that any Sheriff of a given region could slee with a bride that had just got married there. There are more curiosities comparing the true story of William Wallace with Braveheart like:


- The wife of the historical Wallace was Marian Braidfoot but on the film she is called Murron for to avoid confusions with Lady Marian, the Robin Hood's wife.
- Wallace was 20 years yourger than Mel Gibson.
- On the film the King Eduard I died at same moment that Wallace but he died two years after.
- Wallace born titled but on the film he is poor.
- On the film, when Wallace's wife died we can see a white Ford Transit van.

Do you know any other differences? Do you know that this will be a perfect topic for a TMI project for your high school?